A Therapist Supports Client Encounters with Loved Ones Who have Passed 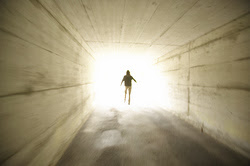 There can be nothing more devastating in our lives as human beings than losing family members and loved ones. As a Psychotherapist and Hypnotherapist with a Holistic and Transpersonal (Spiritual) orientation, I often support clients who have experienced losing someone closest to them.

I had often wondered how a spiritual encounter with a deceased loved one would affect the grieving process. I wondered “What would you say or ask if you got one last chance to see and talk with them?” The day came when I would learn first-hand, the answer to my question  and then come to listen to the answers of those with similar stories.

People experience and cope with grief in their own unique ways and time. While some can cope with their loss and recover with the support of those around them, others experience deep and profound grief that can be debilitating. It can have a profound effect on their psychosocial functioning in multiple areas of their lives such as mental and physical health, personal relationships, work, and can even challenge or reaffirm their personal religious faith.

Some of the clients that I have worked with reported connecting with loved ones who have passed on from this life and possibly existing in the next. The term After Death Communication was coined by Bill and Judy Guggenheim, authors and researchers on this subject of communication with those who have died.  Some of the typical reports from their research have included dream visitations, sensing loved ones at the foot of the bed, hearing a voice, feeling a touch, smelling fragrances, and seeing signs that were meaningful and significant.

I have listened to family members, friends, therapy clients, and others share some profound stories of emotional healing. I will share two stories, one helping a woman coming to terms with the end of her life and another where the experience has served one in healing grief.

Janet's Dream Visitations in Hospice
I was providing care for a hospice patient named Janet. She was a mentally sharp woman in her late 80s, but her body was slowing succumbing to cancer. On one of my visits, Janet shared that she had been sleeping quite a bit due to the cancer.

This was my opportunity to ask her about her dreams. She said “I would tell you but you may think I am crazy”. I reassured her that I have a very open mind. Janet shared, “Well my deceased daughter and parents are visiting me in numerous dreams and preparing me to cross over to the other side.” I then asked, “Do you think this is just your brain processing emotion or is this a real spiritual experience?” She replied, “A real spiritual experience.”

As a clinician working in hospice, one of my primary goals in end of life care was to ensure that she was comfortable both mentally and emotionally, so I asked did this affect your fears around death. Janet replied “absolutely, I have no fear of death now.” Imagine if her Clinician did not share such an open mind and chose not to validate her feelings. I am thankful to have been there and able to support her through a very difficult stage of her life.

Kayla's Agreement with Grandmaw
I was supporting a client by the name of Kayla who had been making trips back and forth from Atlanta to her family’s hometown a few states away.  She was visiting her dying grandmother who she affectionately called her “Grandmaw”, (Kayla would pronounce it long and drawn out with a thick country accent. She shared that her Grandmaw would say it would sound similar to an ambulance if I was wining enough). Kayla had been sharing over a course of our sessions that she had anxiety around the loss of her grandmother and felt guilty for living so far away from family.

Kayla was home one weekend visiting her Grandmaw in home hospice. While there her Grandmaw shared that she had a near death experience, where she went through a tunnel and went to a place of love, met other family members on the other side, and was told it was not quite her time.

During their time together Kayla and her grandmother made an agreement that when she passed she would visit her somehow to let her know she was okay.

Kayla is generally a skeptical person when it comes to things outside of the logical realm and she and her Grandmaw were often at odds about this topic, with Kayla often joking about her grandmother’s persistence in the existence of the afterlife.

Weeks later Kayla got another phone call asking her to come and see her Grandmaw and was told “It was getting close to that time.” Kayla went as soon as she could but she missed her grandmothers passing by just a few hours. She felt immensely guilty about the fact that she wasn’t able to see her grandmother again, especially since her logical mind told her Grandmaw’s fire, that spirit had ceased to exist.  Kayla’s very existence was broken by it.

She went to bed the night after her grandmother had passed and she couldn’t sleep well. She tossed and turned until finally she fell asleep from exhaustion. Then she started dreaming. In the dream, Kayla saw her grandmother with bright red hair. She knew how upset her grandmother was when her hair had been shaved due to the chemo so when she saw the bright red hair she knew something wasn’t quite right. Kayla has had lucid dreaming experiences before and noticed that this was a dream. However, this dream was different than the others.

She reported that it was very vivid and full of clarity and mindfulness. Her grandmother didn’t speak but did relay messages to her telepathically. She smiled with her bright read hair, red lipstick, and a rose in her hair. The whole time Grandma was relaying her messages she never stopped smiling. Kayla grabbed her tightly and looked her right in the eyes, knowing that this experience was the one they had discussed previous to her passing. Kayla mentally sent a message to the effect of “Are you okay? Are you in heaven? Someplace after death? Somewhere happy that you are happy?” Then a wave of confirmation hit Kayla and she knew the answer was yes. Kayla then asked something like “Do you still love me? Can you still actively participate/see my living my life? Are you still going to be around?” And another wave of confirmation hit her and this time it was filled with the overwhelming sense of unconditional love. Kayla let go of her grandmother’s shoulders and took her wondrous glare away from her grandmother’s eyes to hug and kiss her.

That hug and kiss felt like an everlasting impression of emotional comfort that Kayla shared she can still feel every day and knows that she will have for the rest of her life. Kayla found a deep healing in knowing her “Grandmaw” was okay and at the same time creating a new spiritual opening and curiosity about life.

I have listened to these and other stories of those who had one last chance to see their loved ones, asked final questions, and got tell them that they love them. In many cases the one who passed on were coming to let them know that they were okay.

Their experiences and their stories can have a profound healing effect on those who are grieving the loss of family, friends and loved ones. Experiencers also report that their fear related to death has diminished and I have personally seen how it helped those who may be in the end stages of life to accept their time of transition with more peace.

It is my hope that regardless of what perspective that we both individually and collectively we take on these experiences, we can find the compassion and healing value in validating these very significant encounters for those who are grieving.

Shaye Hudson, MA, CH.t is a Psychotherapist and Clinical Hypnotherapist in Atlanta, GA with a Transpersonal orientation and training, who specializes in Spiritually Transformative Experiences. He is also a Reviewer for the Journal of Exceptional Experiences and Psychology.
www.growhealchange.com
Posted by Shaye Hudson at 9:00 AM